Rules of the FM League

Rules of the FM League

1. You must have an internet connection stable, preferably Cable and Football Manager 2012 updated patch 12.2

2. You must install the software Hamachi (Here is a link to download the appropriate http://www.01net.com/telecharger/windows/Utilitaire/reseau/fiches/38886.html) Do regularly check that you have the last patch FM

4. If a player can not be present at a session, it must notify its absence in the dedicated section or send a mp to Youri.
o Note that after two absences prevented, the manager will be removed from the network.

5. Any new candidate will be integrated in French Ligue 2. It may select club of his choice within the limits of available places

6. If a coach is fired after the purchase of the club, he may, if he wishes to retire and recreate a manager to pick his team.

8. Matches must be played with the "slow" disabled, "highlights" set to "key moments" and speed up to 3/4.

9. A manager can not transfer a player belonging to another club manager who is not online.

10. Transfers to bend the leaders of a human player should contain only deals in cash.

11. When registering, players must observe the following points:
o Experience must be set to Automatic. However, any coach fired after a full year of exercise at the head of a club can recreate a profile with the status of a professional player, so as not to lose its authority to its new players.
o Nationality French must be set so as not to promote as manager of research abroad.
o The second nationalities are banned for the same reason.

12. When a player is dismissed during the season or late in the season, it may:
Either keep its profile and apply coach elsewhere in France
Either recreate a profile and select a coach that would free team ranked lower than the club he was fired.
However, if there is no free club below, should be dismissed for the manager to select the club free lowest ranking above that which he was fired.
This same rule applies to coaches fired late in the season due to relegation, but note that the 18th has priority (in the choice of his new club) on the 19th and so on.

13. Please note the course of the summer transfer window:
June will be simulated in its entirety, with the exception of day setting goals for the upcoming season. So remember to manage your contract extensions in May at the latest. The period from July 3 to 11 will be self-service activities mercato.
From 12 July, and for the sake of gameplay, one day per week will be assigned to proposals to transfer, in addition to scheduled friendly on Saturday.
August, given the resumption of Ligue 1, will run normally.
_________________
Youri, Administrateur 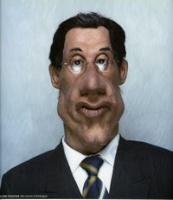